Welcome to the ‘LOST TRIBE OF EVERTON & SCOTTIE RD’ website

In 2010, local journalist KEN ROGERS produced his first best-selling ‘Lost Tribe of Everton & Scottie Rd’ book to mark the 50th anniversary of the start of the so-called slum clearances that ultimately affected over 150,000 people in Liverpool’s inner city areas. This website continues to develop this remarkable story with your support and input. Use the Street Search to find your street or input Street Games or Everton Park into the Street Search for fascinating special collections.

Both book titles remain available in digital format via amazon.co.uk and also the iBookstore. 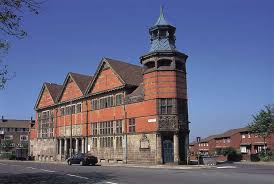 HELP US SAVE THIS
EVERTON TREASURE

CLICK HERE TO FIND OUT HOW YOU CAN HELP

Everton Park is the eye over the city of Liverpool. Still a secret for many outside of the district, this green lung is swiftly developing into one of the region’s “must visit” attractions. From its high vantage point below Everton ridge, the park was carved out of successive housing demolitions that led
to a mass exodus of residents from the 1960s onwards. A failed High Rise experiment followed.

Those who were moved from the old terraced streets never forgot their former spiritual home to become the ‘Lost Tribe of Everton & Scottie Road’.

Those who remained have fought tirelessly to promote regeneration and confidence for the future, backed by the Friends of Everton Park, a registered charity with powerful community links. Everton Park – the most historic little park in Britain – is a site with a remarkable story . . . one of Liverpool’s original villages, a former English Civil War encampment. the birthplace of big time football on Merseyside, the home of Victoria Cross winners, and much more.

You can gain a complete understanding of the development of Everton & Scotland Road from the 1840s onwards by viewing key maps produced over the decades and held by the Liverpool Records Office. Early versions show green fields running from the very edge of the town centre, but as the years progress towards the 1960s, terraced streets stretch from the dock gates to the summit of Everton’s famous hill.