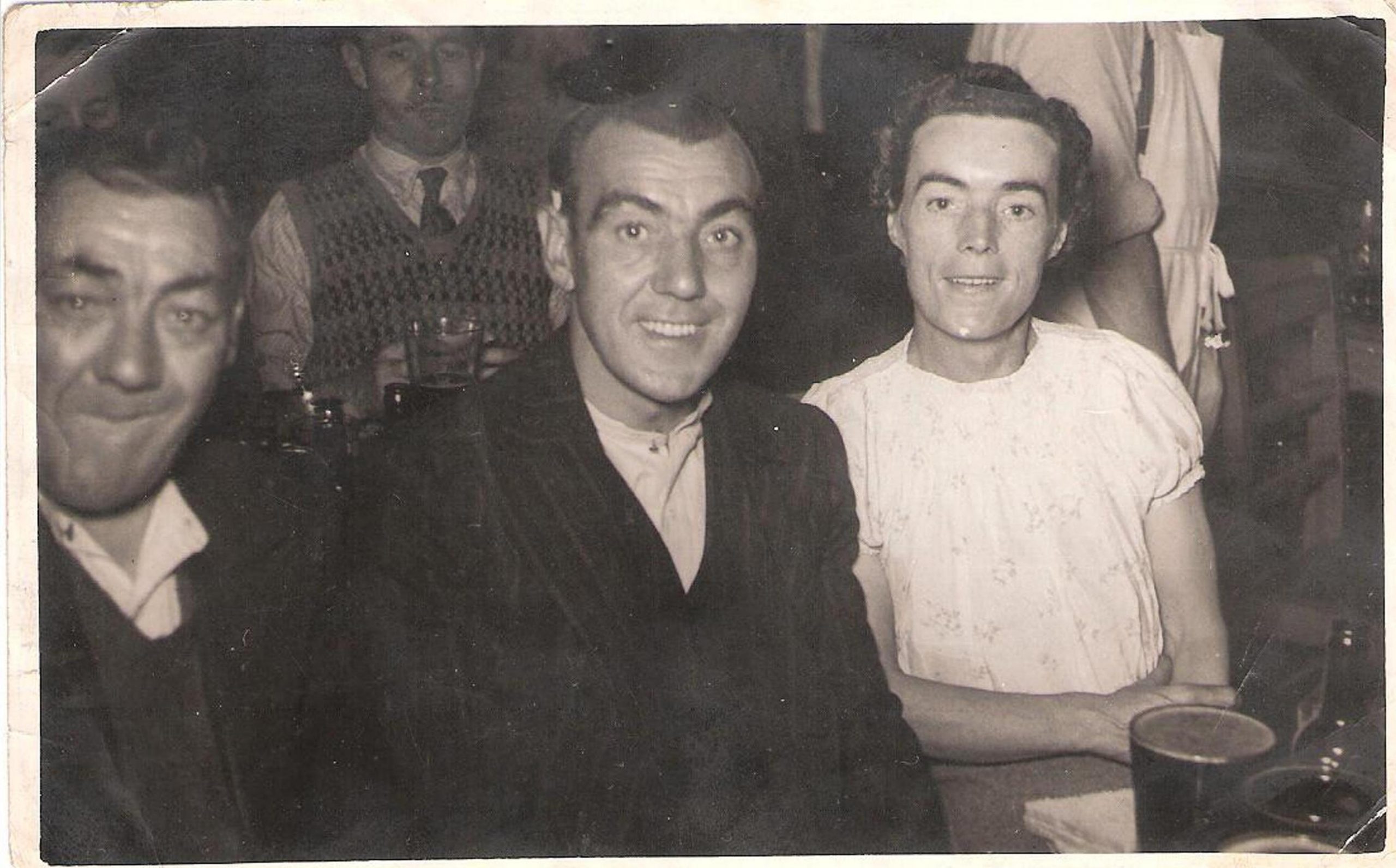 We’ve all got intriguing family stories about our grandparents. My dad Harry Rogers used to say that when my grandfather Adam Wareing came home late in the evening from the Cumberland pub on Netherfield Road North, he would always say: “Get my lad up, I want to say good night to him.”
This would be after closing time at 10.30am and I would have already been in bed for hours at that time, being under five. Granddad would be insistent about seeing me, as if he might not be around the next morning. Of course, one day he wasn’t and I had lost someone I truly loved.
He is pictured here in the late 1940s in the Cumberland with his son Joe and Joe’s wife Lou.
It was only later in my life that I discovered a tragic story about my Grandfather Wareing’s difficult childhood in Everton and suddenly everything fell into place.
Liverpool has always had powerful links to North Wales, reflected by the number of Welsh chapels we once had across the city, not least in Everton.
Perhaps the most famous was the giant edifice that stood above Netherfield Road South and Browside, later becoming the well-known Anne Fowler refuge for women before demolition.
Many Merseysiders investigating their family history will have discovered a Welsh connection, including me, although mine would bring a mix of intrigue and then devastation.
My great grandmother Ellen Wareing (nee Williams) was from the Snowdonia village of Beddgelert where, in 1879, she married my Everton-born great grandfather Robert Wareing who was looking after the stagecoach horses at the local Royal Goat Hotel.
They chose to leave Snowdonia for a new life in Everton, Ellen swapping her idyllic mountain environment for inner city Liverpool with disastrous consequences.
By 1898 Robert and Ellen were struggling to clothe and feed four boys aged 15 down to 3, Robert Jnr, John, Adam (my grandfather) and William. They also had a new born baby girl (Isabella).
In 1899 Ellen fell against a hot stove in their tiny tenement kitchen and was badly scalded, being rushed to the nearby Mill Street hospital where the burns would prove fatal.
Robert now faced a massive dilemma. How could he work and look after five kids including a toddler son and a baby girl? There was no state welfare in those days and destitute families might find themselves on the streets or forced into the Brownlow Hill workhouse.
Ultimately, he took the heart-breaking decision to approach children’s charity Dr Barnardo’s to see if young William and Isabella could be adopted, enabling him to continue working and supporting his three older boys.
In 1901 the younger two disappeared into the Barnardo’s system. Robert Wareing died in 1916 and the story of his lost children drifted into the mists of time.
Personally, I had no grasp of this family tragedy until 1965 when an Echo advert asked if any of the Wareings were still around. It was placed by a now 69 years old Canadian named William Wareing who, with his sister Isabella, had thankfully enjoyed a good life across the Atlantic and were now trying to trace their Liverpool roots.
After 64 years a happy family reunion finally brought this remarkable story full circle. I often visit North Wales with the dramatic backdrop of Snowdonia constantly in view, for me a soaring memorial to my great grandmother Ellen and a powerful reminder of how fragile life can be.
As for my granddad Adam Wareing, I will never forget him and understand him totally now based on his own boyhood story. He lost his young brother and baby sister to the system after a tragedy and would never see them again. I can fully understand now why, as a toddler, I was so special to him and why I treasure the few years we had together.
I’m sure many of you will have such family stories of your own and why our memories and passing them on to the next generation is so important.