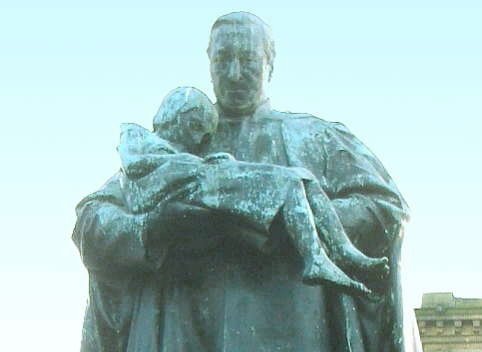 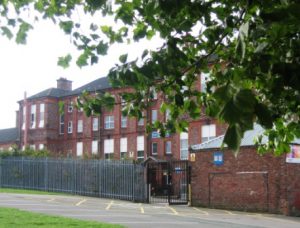 There have been many famous community centres in Everton down the years, but one in particular – the Victoria Settlement – made a remarkable impression on the district from 1898 until the 1960s when it was demolished as part of the clearances.

What many people don’t realise is that its famous elevated site above Netherfield Road North was once the grand mansion home of a community champion and educational visionary whose work took him into the inter-linking districts of Everton, Kirkdale and Walton. Canon Thomas Major Lester (1829-1903) was born in London in 1829. Both he and his brothers were educated at Christ College, Cambridge.

Thomas was ordained at Chester Cathedral in 1852 and he was originally licensed as a curate at St Barnabas Church in Parliament Street, Liverpool. His first position as a vicar was as Curate at St Mary’s Kirkdale in 1853.  This church has special significance for me, being where my parents were married and where I was baptised. After a brief spell in Manchester, Canon Thomas Major Lester (the ‘Major’ element had no military significance) returned to St Mary’s Kirkdale in 1855. He took up residence in Everton at 294 Netherfield Road North, the wider site of three 1812 villas that later housed the Victoria Settlement Community Centre.  He lived at this address until his death in 1903.

The congregation at St Mary’s swelled under his influence. He was struck by the vast number of poverty-stricken children in the district, many destitute, orphaned and left to roam the streets. Prompted by this he inaugurated a mission room above a coal store in Kirkdale Road in 1856, Other rooms in Walton Road and Christopher Street were obtained for the expansion of this mission and ultimately, in 1860, the Major Street Ragged Schools were opened. This was the beginning of his great life’s work, the Kirkdale Child Charity that was the first of its kind in Liverpool.

The school comprised a tailor’s shop, a printer’s shop, a carpenter’s shop, and a shoemaker’s shop, as well as providing facilities for the manufacture of match boxes and paper bags. There was also a boys schoolroom and a girls and infants schoolroom,. Lester also started a famous district brass band made up of young people and this often played at Everton FC’s famous Goodison Park stadium before games in the late 1800s. The children were schooled, fed and clothed and could buy clogs made for themselves in the shoemaker’s shop. The industrial part of the school was run on a commercial basis and this self-help vision helped Lester to secure other significant funding from benefactors.

He wrote thousands of letters by hand to these potential supporters and published many appeals for subscriptions in the local press. Here is one from 23 February, 1898:

“This weather has its charms and special delights, but it also makes us feel our increased responsibility. How can we keep up a worthy supply of lobscouse, and find clogs for the naked and cold-bitten feet, without the means? More fires, more meat, more vegetables, more clogs, and more cash will be needed if this sharp bright weather continues. It will bring home personal responsibility to a multitude of thinking and feeling folk. Coals, meat, flour, rice, clogs or money can be sent to the schools (Major Street) and all will be eagerly and gratefully welcomed.”

He headed this letter with the nickname “Lobscouse and Clogs” and clearly his bold calls for help received tremendous support. Lester’s motto was: “Give the child a fair chance.”

He was a great supporter of Stanley Hospital and raised funds to build St Lawrence’s School in Kirkdale in 1873. In 1891 he was elected Chairman of the School board. Canon Thomas Major Lester died on 3rd November 1903. He was laid to rest four days later at Anfield Cemetery and his funeral was truly remarkable. An enormous crowd gathered outside his home in Netherfield Road, Everton, as the procession set off for Anfield.  Up to 500 of the poorest children in the city led the procession and a large number of boys followed the hearse, including those from the Roman Catholic Homes of Monsignor Nugent and Father Berry. This gathering crossed all religious divides. It was estimated that over 45,000 watched / attended the funeral.

A new school in Sherlock Street, Everton Valley, was now built – the Major Lester Ragged School. Those words were still in etched in stone above the entrance when I attended in 1953. Having been baptised at Lester’s former St Mary’s Church in Kirkdale, I have always retained a special affection for this very special district champion. His name will never be forgotten, rightly recognised in a prominent statue in St John’s Gardens behind St George’s Hall. 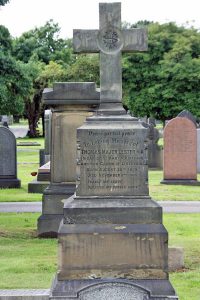 The gravestone of Canon Thomas Major Lester in Anfield Cemetery,