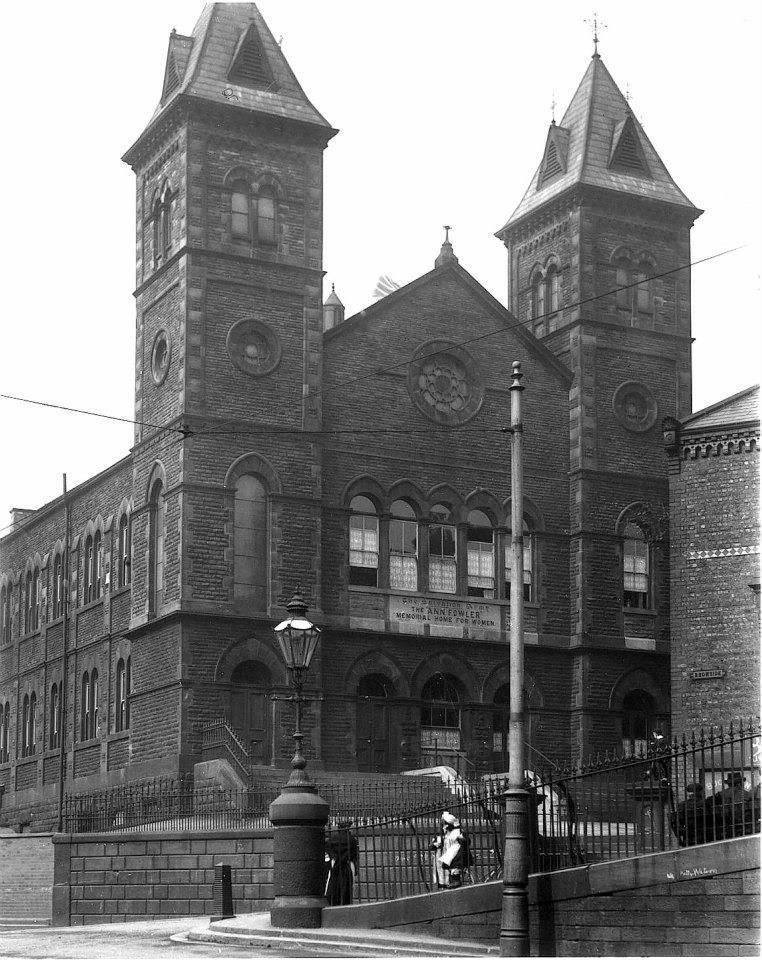 Perhaps the most famous former Welsh Congregational Church in Everton, albeit one of many, was the building that would ultimately become the legendary Ann Fowler home for destitute women. Prior to demolition during the clearances, this prominent landmark site stood on Netherfield Road/ Browside, close to the ancient ‘Lock-Up Tower’.
Some new research has highlighted, not just the influx of thousands of people from North Wales into the district from the mid-1800s, but also the area’s remarkable Irish links – and it’s all linked with a fascinating name game.
Normally, people that enjoy reading can’t get enough of crime thrillers, fantasy titles and classic novels. You may therefore be surprised that I have spent the last few months reading . . . the 1960 Electoral Roll for the Everton, Vauxhall and Westminster voting wards, specifically the constituencies of Netherfield, Scotland (Road) and Kirkdale.
Yes, I’ve been studying the surnames of 41,574 individuals over the age of 21 who were on the last voting list before the bulldozers rolled in 60 years ago, changing one of Liverpool’s most famous inner city areas forever. No, I haven’t gone stark raving coronvirus mad. It’s all about a simple question as highlighted in my latest Echo ‘Lost Tribes’ column: “What’s in a name?”
Well, quite a lot when you begin to assess that specific Electoral Roll and the 5,061 different surnames that reveal so much about population evolvement since Liverpool numbers started to soar in the mid 1800s.
My research has unearthed the glaringly obvious, including the fact that the most common English surname in Everton, Vauxhall and Kirkdale in 1960 was Smith followed by Taylor and Brown. Wow, go to the top of the class, Kenny!
The more you look, the more you grasp how early migration episodes combined to shape the city we have today.
Of course, devastating events like the mid-1840s Irish Potato Famine brought a massive army of emigrants through the port of Liverpool, many remaining in districts near the docks rather than continuing with planned epic journeys to the United States and beyond.
It’s often stated that Liverpool is the Irish capital of England, but I was equally fascinated to discover that two Welsh names top my local Everton, Scottie Road and Kirkdale surname list. Indeed, six names of Welsh origin feature in the Top 20 – Jones, Williams, Hughes, Davies, Roberts and Evans – helping to explain why my old district had so many Welsh Congregational Churches.
Equally, when the list widens out to assess the top 250 surnames, we find 46.8% of English heritage and 32.8% Irish with the Welsh and Scots fairly even.
There was an old music hall song that declared “If you’re Irish, come into the parlour,” not least the Murphys, Kellys, O’Briens and Doyles that head the Ireland surname list. Of course, more in-depth research will reveal our much broader ethnic mix. As 1969 pop group Blue Mink reminded us: “All the world is a great big melting pot.”
Clearly, I will clearly have my head buried in that 1960 Electoral Roll for some time yet. You can search for the constituencies of Netherfield, Scotland (Road) and Kirkdale and leave a family memory/tribute using the Lost Tribe website below.