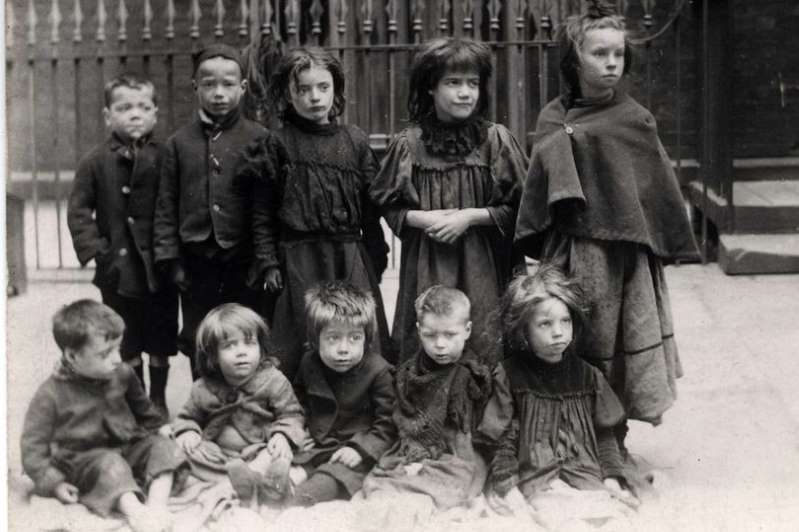 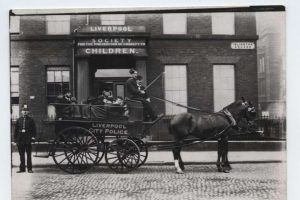 A police horse drawn carriage bring children to 3 Islington Square at the start of the 1900s.