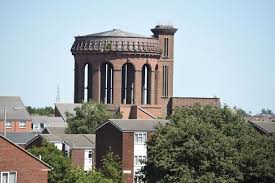 The summer of 2018 was the hottest on record and while a hosepipe ban was threatened, it was never introduced. This says a lot about our modern water supplies, despite constant criticism about unnecessary leaks and wastage.
I enjoyed the sunny days that extended into weeks and months. The only negative was watching my lawns turn into an arid golden desert because I tried to do the right thing by not watering as temperatures soared.
My water sensitivity came after I read some eye-opening local social history books about previous Mersey droughts and it made me realise how blasé we can be about our water supply, taking it for granted that the nectar of life will always gush from our taps.
Our Victorian forebears found this was not the case. In 1865 a severe drought saw domestic water supplies in Liverpool limited to one or two hours a day in an era in which the jerry-built and densely populated court properties in places like Scotland Road had several families already sharing one courtyard tap and one outside lavatory. Public baths and wash houses were closed and an epidemic took the lives of many.
Of course, this was all within a generation of people still fetching water from local wells. The most famous in my old district was situated in front Everton House, the impressive villa of William Gregson. In their excellent book “In the Footsteps of Peter Ellis” – the Oriel Chambers architect – authors Robert Ainsworth and Graham Jones remind us that Gregson was Liverpool mayor in 1769.
They quote a contemporary as saying: “Mr Gregson fancied the public road outside his property came too near the front of his house. The overseer of highways, willing to oblige so magnificent a personage, consented to alter it so as to give adequate space in front of the mansion. Hence the awkward curve that now exists, which would cost thousands of pounds to straighten.”
That unusual kink remains at Everton Road’s junction with West Derby Road. Gregson’s Well was taken down in 1842 although two local pubs kept the name alive.
Before 1845 Liverpool’s supply was provided by just two companies and an inquiry declared: “The city’s water is not only miserably inadequate, but the most expensive in the country.”
In 1847, the Liverpool Water Act gave us the right to identify clean water supply opportunities outside the city limits, not least because the population had surged during the Irish famine.
The impressive Toxteth Reservoir was completed in High Park Street in 1853 with its towering underground columns and soaring arches and would continue to pump water for over a century. In the north of the city the equally spectacular Everton Water Tower and reservoir followed in 1857, still proudly standing and a monolith compared to what had been the nearby Gregson’s well. These were not the only Merseyside reservoir sites.
Dr William Henry Duncan had become Liverpool and Britain’s first Medical Officer for Health in 1847 and along with visionary city engineer James Newlands worked tirelessly to bring clean, healthy water and an efficient sewerage system to Liverpool to help control health issues.
It is an undeniable fact that the city’s population soared in tandem with its water technology and success including a significant Welsh contingent alongside the Irish and Scots. Not surprisingly, a grateful Liverpool fittingly named many of its streets after Welsh towns, villages and valleys.