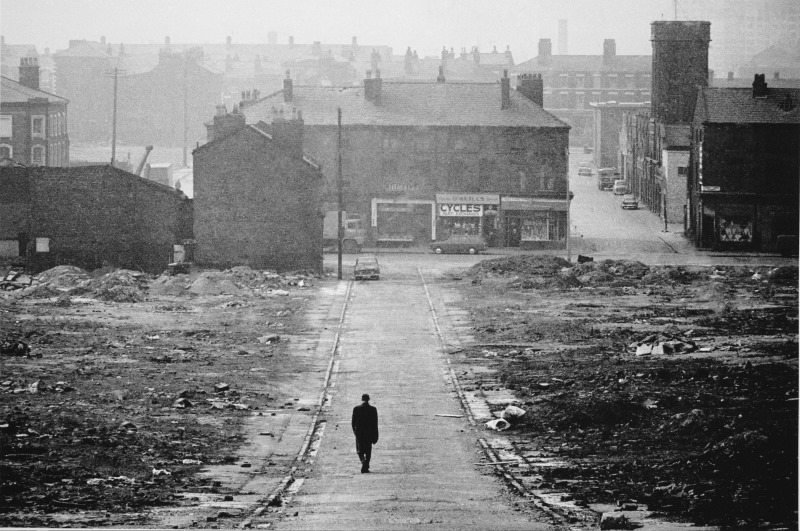 Seacome Street, like hundreds of others across Everton & Scottie Road, was a desperately sad sight post the 1960s demolition derby, but in this fascinating image the ‘Greaty’ shops at the bottom of the hill are thankfully still standing, including the well-known O’Neill’s cycle shop where I got my first two-wheeler bike around 1959 when I was eleven. Equally, you might have got your first set of wheels at the legendary Harry Quinn shop on Walton Road, close to Everton Valley.
Mine was a sturdy red and white Hercules New Yorker. I treasured it, although it was probably far too big for me at the time as I explained in my latest Echo ‘Lost Tribes’ column.
“You’ll grow into it,” my mother would say, using the same little phrase that would apply to shoes, trousers and jumpers. We had to think beyond the day in that era, but it didn’t stop us from dreaming. That bike had three Sturmey Archer gears and a large saddlebag. My parents never had a car and so it transformed my horizons.
The other must-visit cycle shop for all kids in the district was Harry Quinn’s just beyond Everton Valley on Walton Road. I would regularly visit both and would now cycle far and wide and would keep my cycle immaculately clean, polishing the chrome and washing down the frame. Of course, every biker had a puncture repair kit and – even as youngsters – we were proficient at removing tyres on the go, locating an inner tube hole, repairing it and getting back on the road.
I would ultimately upgrade to a lighter drop-handled racing bike with ten Derailleur gears. There were formal bike clubs all over the city at that time although I was more of a loner, planning and undertaking what, in truth, should have been cycle missions impossible. I mention all of this because I don’t want you to think I have anything against today’s modern cyclists.
Indeed, we are living in a world in which the government and local councils suddenly seem intent on introducing cycle safety lanes everywhere, even when such action often seems illogical and disruptive to bemused car drivers and local communities. It seems that bikers are suddenly the undisputed kings of our roads which I am not totally against, although the instinct of many to completely ignore every red traffic light drives me mad.
Where I draw the line is on our pavements where, In the past week, I have twice come to within a hair’s breadth of being mown down from behind by speeding cyclists who you simply cannot hear coming, one a schoolkid and the other a senior gentleman who should have known better. My wife shouted an obvious question to the latter: “Why haven’t you got a bell?” He actually pulled up and said: “They are old school, luv. I think they irritate people.”
‘On yer bike, my friend’. Preferably on the road, not the pavement. I’ve still got a bike, one of those you can fold in half and can pop in the car boot. A lifetime’s experience has proved that a little ping of the bell and a quick ‘excuse me’ goes a long way