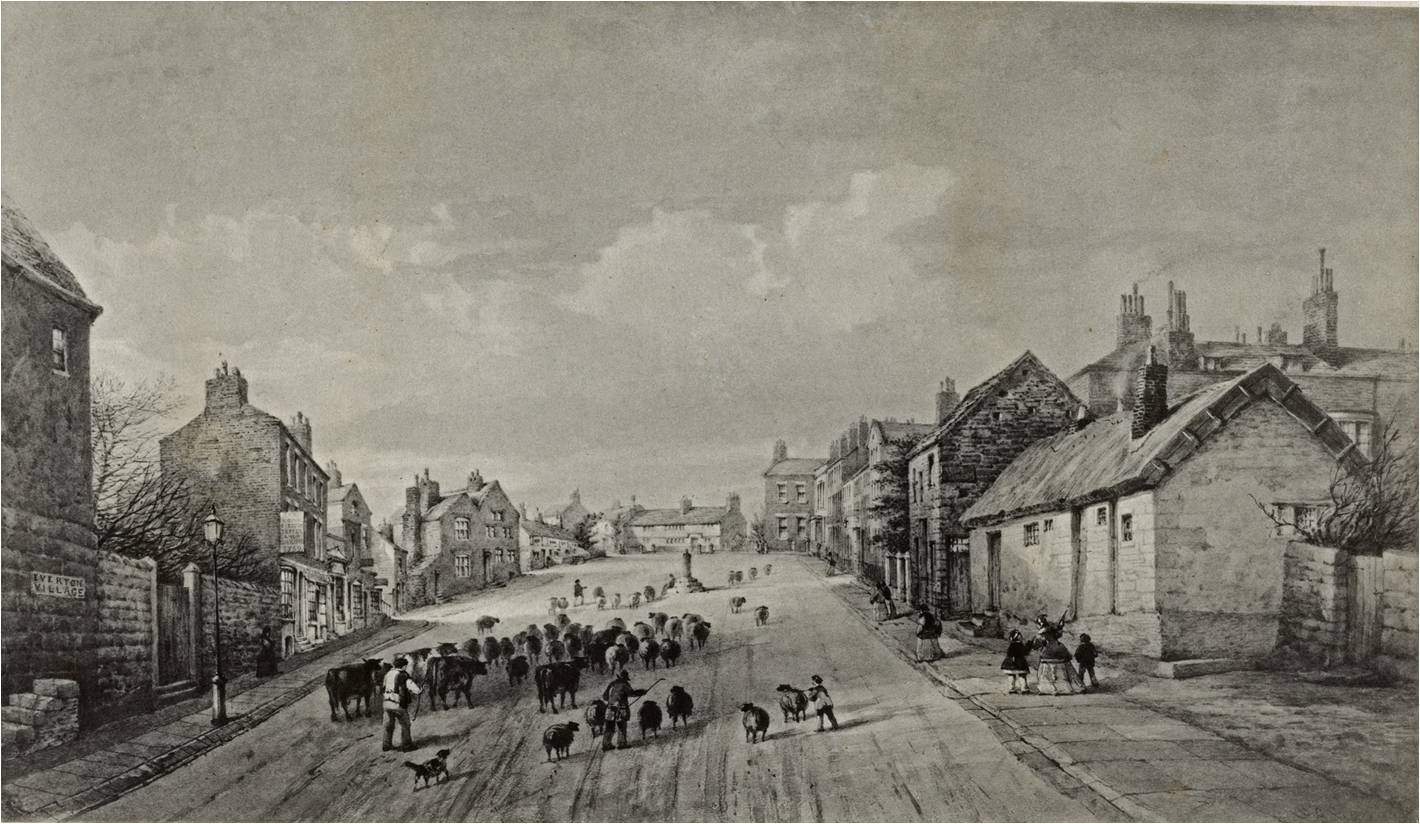 From ‘Born Not Manufactured – Five Decades of Inside Stories from the Heart of Everton FC’ – by Ken Rogers.

The story behind the birth of Everton FC took a new twist following the 2015 archaeological dig at the site of the former Queen’s Head Hotel in Village Street.

Dr Mark Adams, who led the Museum of Liverpool’s excavation in heartland Everton, produced a fascinating report on the excavation of the Victorian pub where, in November 1879, St Domingo’s Methodist Chapel football team (formed in 1878 and playing in Stanley Park) took the landmark decision to become Everton FC.

Dr Adams said: “The layout of Village Street has not changed since a 1960s demolition programme. It was easy to overlay old maps onto modern aerial photographs to pinpoint the site.”

Earlier in the year Mark had worked on a Roman site on the Wirral, discovered using crop marks visible only from the air. The week before the Everton dig he had worked on an early Bronze Age site that needed specialised geophysical equipment.

The Queen’s Head is one of the youngest sites he has dug, but he was fascinated by the football angle.

Mark said: “Even with such good map evidence, it was possible that everything – including the pub’s foundations – had been removed during the 1960s clearances.

“Luckily, we did not disappoint those hundreds of Evertonians who turned up on the day.”

The remains of the Queens Head were covered by three separate layers, two metres deep in total.  The upper metre was rubble laid down when Everton Park was landscaped in the 1980s. Below was another layer, about 0.75 m thick and mainly made up of hand-made bricks, containing the walls of the pub.

Mark said: “This layer also had a few timbers, plus fragments of Welsh slate from the Queen’s Head roof. This was the first sign that we were close to touching Everton football history.”

Beneath this was a 15 cm layer of coal dust and soot from 130 years of coal fires in the building’s fireplaces.

At the bottom of the trench were the intact foundations of the building, the birthplace of big time football on Merseyside.

Mark said: “We believe we found the front parlour, the most likely location for the bar area where that historic name-change meeting was held.”

Despite the pub’s later use, mainly as a dairy, Mark said: “We unearthed a few items that are likely to be from the Queen’s Head including a fragment of decorative tile, possibly from a small arch inside the bar area.”

Oyster shells were found, these days a food of the rich, but a common 19th century pub delicacy.

Most intriguingly, a stoneware inkwell was recovered of a type which is difficult to accurately date. It is probably 19th century, but could be as late the 1940s.

Mark said: “Of course, it would be great to think that we found the container for the ink used to write the minutes of that first Everton FC meeting.”

We can never prove it, but it’s occasionally nice to dream!

Journalist, author and acknowledged Evertonian Ken Rogers, who reported on the Blues during our glorious 1980s era, inspired the excavation with the full support of the Friends of Everton Park, and Liverpool’s National Wildflower Centre

Ken’s research has forced a re-write of the club’s early history. He said: “I was reading a Sixties book which named Everton’s first secretary as John W. Clarke, described as landlord of the Queen’s Head in 1879.

“The middle initial jumped out. Census research revealed that John W. Clarke was not the pub landlord, but his 26 years old son John William Clarke who lived at the property and would have arranged the name change meeting.

“Clarke the younger was well educated – initially a schoolmaster and then an engineer – well capable of handling meeting notes and organising fixtures with increasingly bigger opposition.

“His father John would have been hectic in his pub on Saturday afternoons when the new Everton FC played in Stanley Park.”

Peter Lupson, whose book ‘Across the Park’ highlighted key links between Everton and St Domingo’s, attended the dig with the Everton FC Heritage Society who meet upstairs at St Luke’s Church on match days.

Peter described as “breathtaking” the moment the foundations of the Queen’s Head emerged from Dr Adams’ trench. He said: “Suddenly we were looking into the parlour where St Domingo’s held that momentous ‘name change’ meeting. Some of the first players to turn out for the new Everton FC would have been in the room that night.

“For anyone with a pride in the history of the club, the excavation was truly emotional.”

Ken Rogers concluded: “I am so proud to have come from Everton, supported the Blues and charted EFC’s history, a story now reinforced by this excavation. It has brought club and district even closer together. We instinctively recognise the tower on our crest and the famous Toffee Shop. Our roots are now even clearer, so cheers to John W. Clarke and the Queens Head Hotel.”

Dr Mark Adams is pictured during the dig.