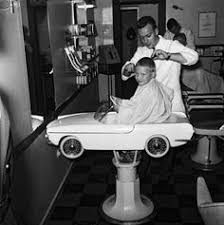 I’ve been going to the same barbers for 48 years and I don’t think I’m unusual in being so predictable. I sense we are all creatures of habit when it comes to getting our hair cut, men and woman alike. Okay, maybe you have not been as predictable as me for close on five decades.

However, I smiled recently when I saw top American golfer Jordan Spieth speaking ahead of his Open challenge in Scotland. His hair was getting a little long and so he went for a stroll through the streets of Carnoustie, hoping for a trim in his usual style. I’ll let him describe what happened next. “Let’s just say he went a little high and tight,” said Spieth. “I wanted my normal light trim, but ended up with a very British haircut. A little shaved on the sides, a little longer on the top.”

His description was a bit of an understatement. Instead of fellow golfers and fans admiring Jordan’s powerful driving and his accuracy on the greens, the buzz around Carnoustie was suddenly his hair – or lack of it! I’m not suggesting it contributed to favourite Spieth’s demise, but he fell away badly as modest Italian Francesco Molinari claimed the title.

Like most men, Jordan clearly wanted a haircut that didn’t look as if he’d had a haircut!  This may sound ridiculous, but it’s true. I think we all have a little sense of fear about going to the barbers. Maybe this has something to do with the fictional Victorian London barber Sweeny Todd who despatched his victims by pulling a lever as they sat in the chair. They would fall backwards down a revolving trap door into the basement below. If that didn’t see them off, Sweeny would quickly put that right using his fearful straight razor.

As a kid back in the 1950s, I absolutely hated going to the barbers which was very much an adult domain with cut throat razors always in the barber’s hand. I remember one Saturday morning experience. The shop was empty and I clearly didn’t need to provide instructions. It was always short back and sides, cut with a knife and fork as my dad used to say! He started to chop my hair when an adult came in.

The barber immediately left me mid-cut to deal with the older man. Another adult arrived to take priority. I was left squirming, hair up my nose and all over my face. That’s the way it was for kids then. On another occasion at a different barber’s I actually had a basin put on my head. Thinking about it, the end product was a ‘Jason Spieth’ cut. No wonder many kids kicked and screamed when taken to the hairdressers although the one at the former Co-op on Walton Road sat youngsters in a little car that swivelled on a long steel pole, heaven compared to my Sweeny Todd experiences.

Later, as a teenager in the Sixties and having now progressed to the famous ‘Tony’s Barbers’ on Kirkdale Road, I was a bit more discerning. “I’d like a Perry Como, please” I would ask, feeling very sophisticated. In 2018 I’m back to predictability when it comes to my hair request: “Exactly the same as the last 48 years please. And keep your hand away from that handle on the side of the chair!” 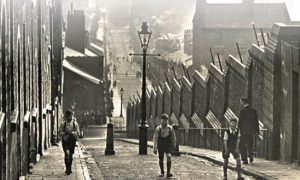