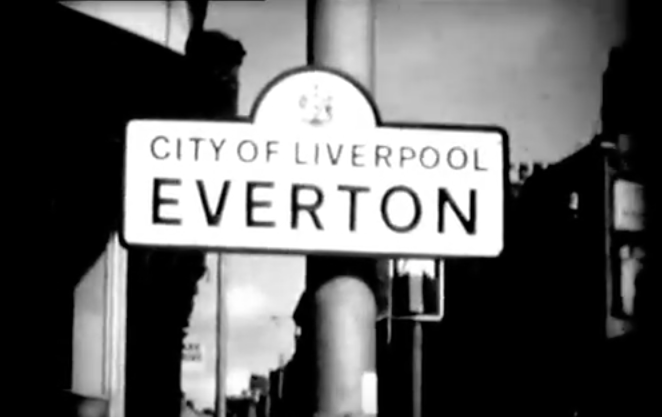 Back in 2010 and 2012 I penned my ‘Lost Tribe of Everton & Scottie Road’ books, initially majoring on the 50thanniversary of the clearances that changed forever the face of one of Liverpool’s most famous inner-city districts.

From the 1960s onwards, we didn’t just lose tens of thousands homes in back-to-back terraced streets that swept down from Everton ridge, including that of my own family. The bulldozers also relentlessly wiped out over 100 years of open-door inner city living.

The planners of the day dismissed the power of community and scattered over 100,000 far and wide. Others stayed behind to fight for their district’s future. Initially they had to deal with a developing High Rise hell while the architects – brandishing catchphrases like ‘Streets in the Sky’ – retired to their detached garden houses in suburbia.

Thankfully, a new district vision continues to emerge around the modern Everton Park where many ‘real’ houses – surrounded by steep grassy slopes, a forest of trees and colourful summer wildflowers – have replaced most of the tower blocks that once redefined the definition of a ‘concrete jungle.’

Don’t get me wrong. My old district was ready for change and challenge, reflected in my books when I reflected on pawn shops, sleeping with cockroaches, and mean back entries where rats built their own community spirit.

But the main thrust was about people. I talked about neighbourliness, permanently open front doors, Greaty’s golden shopping mile and its world famous open air market, the famous pubs, the little corner shops, street games, and why Everton and the independent republic of Scottie Road remains a spiritual heartland that people will never forget.

That final sentiment was proven beyond doubt on Saturday, 21 July when the ninth ‘Lost Tribe of Everton & Scottie Road’ streets reunion unfolded at the welcoming St George’s on Heyworth Street.

This free event at the ‘Iron Church’ once again drew a packed crowd, an audience of like-minded people taking the opportunity to look at over 100 image boards featuring the old streets before and after demolition, as well as studying maps from the 1820s onwards that, in their own right, tell the story of how Everton’s steep green fields were eventually over-run by hundreds of streets with their back-to-back terraced houses.

A volcanic eruption always sweeps down a hill. This one came up the district’s slopes, engulfing the former mansions where rich merchants once lived across Everton’s ridge in what they looked on as god’s little acre with the greatest view in Liverpool.

This website tells the remarkable story of the changing face of Everton from village idyll to one of the most densely populated areas in Britain with a close-knit community to match.

It’s hard to grasp that the foundations of 110 of the former streets now lay under the grassy slopes of the modern Everton Park which, in 2016, became England’s first wildflower flagship site. On a day to day basis, the park is now a community hub for a host of outdoor activities.

In the history section of this site, you can revel in Everton’s remarkable story; its standing as a former English Civil war encampment for thousands of Royalist troops in 1644; and its pride in being the birthplace of big time football on Merseyside in 1879. Everton has links with brave Victoria Cross heroes and has many sites of special historic interest, all captured in a 13 board heritage trail within the modern park, inspired by the ‘Friends of Everton Park’.

Make sure you visit Everton Park this year with the greatest view in Liverpool of the River Mersey below.  You won’t be disappointed.

NOTE: The tenth ‘Lost Tribe of Everton & Scottie Road’ street reunion will unfold at St George’s Church, Heyworth Street/Northumberland Terrace on 20 July 2019 (11-2). All welcome to this free gathering which includes photo displays, history talks and a chance to meet up with old friends of neighbours.